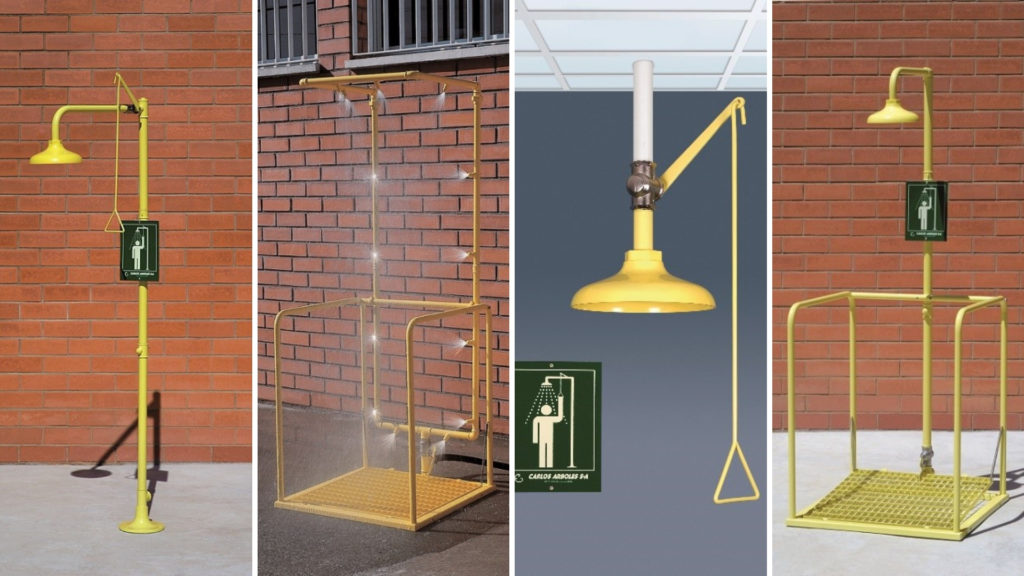 If you are in the process of making a commercial, industrial or educational workplace safe for the individuals who work or study there, learning about emergency showers is important.

Chances are, if substances hazardous to human and environmental health are used in these places, you’ll have heard of COSHH and their requirements to have emergency showers and eye washes in place in case of a chemical spill or accident involving a worker.

We’re here to offer an overview of the types of emergency showers out there and how they work.

What is an emergency shower?

Emergency showers provide on the spot decontamination for anyone who has been involved in an accident that has resulted in any part of their body coming into contact with hazardous chemicals.

According to COSSH, the government’s health and safety regulations, emergency showers are essential equipment for labs, construction sites, factories, chemical plants and anywhere where hazardous substances are used.

Emergency showers are designed to wash the individual’s head and body with large volumes of water, flushing the chemicals away from the body, thereby mitigating the effects of damage caused by exposure to these substances

How to use an emergency shower

From the moment a corrosive chemical meets skin, it causes tissue damage that gets more serious with every second that passes. That’s why getting to the shower ASAP should be every individual’s main priority.

Where should an emergency shower be installed?

In broad terms, emergency showers should be in places that are visible and easy to reach. More specifically, they should be reachable within 10 seconds and directly adjacent from areas where corrosive chemicals are being handled.

Floor mounted showers are ideal for outdoor use, they operate with a foot paddle and can be manufactured with or without an eyewash.

Platform operated showers are ideally used in workplaces where floors are dirty or slippery. Platforms are made of galvanised steel and designed with grip in mind. The platform operated shower can be available with or without an eyewash and its greatest feature is that it turns on automatically as the user steps onto the platform.